The Waste-Free World, How the Circular Economy Will Take Less, Make More and Save the Planet with Ron Gonen, author and CEO of Closed Loop Partners.

Ron Gonen, CEO of Closed Loop Partners and Author of his new book “The Waste Free World” talks about his experience as an entrepreneur when he started RecycleBank and then became the Deputy Commissioner of Sanitation, Recycling, and Sustainability in New York City that eventually led him to start Closed Loop Partners where he focuses on strategically investing in companies that are involved with building the Circular Economy. We discuss what led him to write his new book and how we ended up in this situation where we have been scammed to believe that the “Take, Make, Waste” linear economy is good for us and how its driven our focus on Gross Domestic Product (GDP) which has been used as a measurement of economic success in our country. Ultimately, we discuss how a Circular Economy is more cost effective, better for the environment, and will saves us money. All we need now is to start building the infrastructure to really help us transition into a fully functioning Circular Economy. Enjoy the episode!

Thanks to our Sponsors: Terra Nova Solutions, The Institute of Hazardous Materials Management, and Cascade Environmental. 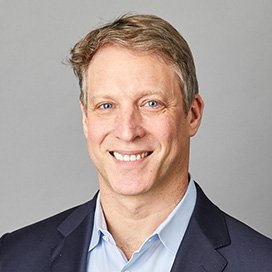 Ron is the CEO of Closed Loop Partners, a New York based investment firm comprised of venture capital, growth equity, private equity, project finance and an innovation center focused on building the circular economy. Investors include many of the world’s largest retailers and consumer goods companies as well as family offices interested in investments that provide strong financial returns and tangible social impact.
Ron is the author of the WASTE FREE WORLD, How The Circular Economy Will Take Less, Make More, And Save The Planet.
Prior to Closed Loop Partners, Ron was the Deputy Commissioner of Sanitation, Recycling and Sustainability in New York City in the Bloomberg Administration. He oversaw the collection and processing of NYC’s paper, metal, glass, plastic, textile waste, electronic waste, organics, and hazardous waste as well as public policy. In 2013, NRDC and Earth Day New York named Ron as the Public Official of the Year in New York City.
Ron has been an Adjunct Professor at Columbia Business School since 2010. In 2012, he was the recipient of the Social Enterprise Center Award for Excellence in Teaching.
Ron has been recognized with a number of business and environmental awards including recognition as a ‘Champion of the Earth’ by the United Nations Environment Program which is the highest distinction for environmental protection given by the United Nations and recognizes outstanding visionaries and leaders in the fields of policy, science and entrepreneurship and the Medal of Excellence from Columbia University which recognizes alumnus under the age of 45 for excellence in scholarship, public service and professional life.
Earlier in his career, Ron was the Co-Founder and CEO of RecycleBank from 2003-2010. He started his career at Deloitte Consulting. Ron was a Henry Catto Fellow at the Aspen Institute and past term member of the Council on Foreign Relations. He holds a number of technology and business method patents in the recycling industry.
He received an MBA from Columbia Business School.